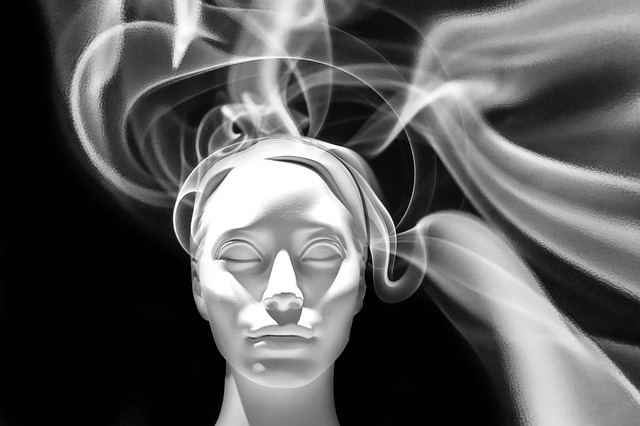 How to make yourself and your message memorable? Why it’s so important? We all want to be the type of people that leave an impression and influence others in positive ways, but what to do to get noticed and be remembered?

Staying on someone’s mind is appreciated in personal relationships and assumed in close relationships. But in the world of business, being memorable is often a pie-in-the-sky wish or a goal intensely pursued. The stakes are high and the competition fierce in cutting through the information clutter when you’re trying to attract attention and connect with others, get customers to make a purchase, or sway an audience to remember or act on your message.

Today we think, act, and take in information at high-velocity speed. Ideas and people come and go, in and out of our consciousness in seconds. Our attention span seems shorter and shorter; the average is about eight seconds, before we move on to something else, according to a Microsoft-commissioned study. Most of us find that statistic difficult to grasp. That’s almost as fast as a blink of an eye – literally.

There’s so much information out there. It’s in our faces constantly; so much so that it’s becoming harder and harder to remember even the messages we try to remember. We are distracted by competing sensory input or else what we see is irrelevant or uninteresting, so we deviate our attention to something or someone else that better grabs our attention.

This behavior begs the question: how does something or someone grab our attention? Attention, say some brain researchers, is a precursor to memory. A lot of information is repetitive or sounds similar. Messages from competing companies may be saying the same thing. They are not distinct enough and so what results is that we remember the gist of the message and who said it. We might even get who said it wrong. If communicators aren’t careful, they may be delivering someone else’s message and that someone else gets the credit. All that work for nothing …

So, how can we become unforgettable to others? How can we get our message to “stick” in others’ minds for the purpose of getting people to pay attention, buying our product, sway their opinion on a topic, take the action we want them to take, have a favorable impression of us?

At a given instant, our brains receive a message and then what happens to it? That’s what Dr. Carmen Simon, neuroscience researcher, author, and lecturer, has spent a lot of time trying to figure out. Carmen says neuroscience holds the key to what makes us sit up and take notice and retain certain messages. Her research findings may surprise you.

Why should we believe Dr. Simon? Advancements that have taken place in the field of neuroscience have revealed amazing insights into how the brain processes information and tends to remember or forget it. Using EEG, we can expose the brain to information and watch neurons connect and communicate with one another to generate electrical activity in the brain.

What’s revolutionary about EEG today is that we’ve learned to increase the amplification of brainwaves to the level that we can now read the brain’s activity … know what’s happening in someone’s brain at the same instant they are exposed to stimulation. So to study memory, researchers don’t have to ask what you remember; they can monitor it directly in real time. That’s huge.

Why am I telling you all this about EEGs and neurons? Because much of what we now know about attention, memory, and learning no longer has to be extrapolated from studying the brain. It’s there for the researcher to see.

The Brain is Lazy

So what has the new brain research revealed? For starters, the brain doesn’t make any decision unless there is memory involved, according to Dr. Simon. She admits it has been one of the biggest epiphanies neuroscientists have had lately. What does she mean when she equates decision-making with memory? Basically, the brain is a lazy organ and that it always wants to move forward and do so at the least amount of effort. “Given the choice to think or not to think, we prefer not to think, in order to conserve energy. Unless you stay on people’s minds, it will be harder for you to influence where they move next,” she concludes.

That’s not at all difficult to believe. We know from personal experience how quickly we forget something we are told or see. According to Dr. Simon, most people forget 90 percent of what is shared with them after 48 hours. From a business perspective, this can be disheartening, at first glance.

Simon has also found that when someone listens to you without having the intent to remember (say a presentation they are required to attend) “they forget fast at first and slower later.” That’s a profound discovery. There’s something hopeful in that discovery because, according to Simon, “the little that stays there, stays there over time.” In other words, we have an opportunity as a communicator (salesperson, advertiser, leader, politician, and so on) to influence what people remember for a longer period of time.

How? “Be in control of the little that people remember,” Simon advises. That may seem unproductive and not very promising when you first consider that … spend the effort to get them to remember a measly 10 percent.  But Simon says the value comes with a reward. Remembering operates at the expense of forgetting something else. If you remembered everything, nothing would stand out. How could your message make an impression on others if nothing stands out?

How to Be In Control of What People Remember

The requirement for being unforgettable is getting attention. That seems obvious. If you have someone’s attention, you are encouraging them to remember. If someone retains in their memory what you are saying, decision-making takes place; you are convincing the brain to move forward and move toward you (maybe not so obvious).

So now that you have attention and you have memory, you’re more likely to have people decide in your favor, asserts Simon. That’s great. But there’s another very important piece of the puzzle to remembering and decision-making: Do you even know what you want people to remember and decide? If you don’t decide and have control of what they remember, they’ll pick and choose what that want to remember – and that may not help you at all.

The challenge is to make the message you want people to take away memorable. Why do people vote for a candidate and that candidate wins by a landslide? Why is Steven Jobs such an unforgettable icon and the iPhone such a huge success? How was Martin Luther King able to move people emotionally, draw such an immense following, and affect tremendous change regarding affirmative action? Because each of these communicators got remembered in some special way by more people. These leaders received laser-focused attention and that attention paved the way to memory and movement in their direction.

The other challenge to becoming unforgettable is that fewer and fewer people are willing to give their attention and make you unforgettable. But those who are successful at capturing our attention have some tricks up their sleeves. As it turns out, we give attention to those who provide stimulation more and more frequently and in shorter spurts, claims Simon. We constantly seek quick hits of stimulation, wherever we can find it. The brain is constantly looking for it. Cell phone users have an insatiable impulse to check their cell phones because our electronic devices provide that quick and frequent stimulation. In seconds we can read email messages, look at pictures, see who is doing what to whom…

Related to where we focus our attention is multitasking. Besides being a desire to accomplish more in less time, multitasking may also be a symptom of an unstimulated brain. The reason we multitask isn’t so much that we can’t control our attention span but that we don’t want to. Other interesting things draw us away.

We’re told that humans are developing shorter and shorter attention spans (that Microsoft study and others).  But Simon doesn’t buy into that. It’s that we gravitate to those and that that which provides us with greater stimulation. The brain actually has the capability of staying focused for prolonged periods of time. “What has changed is our threshold for stimulation,” says Simon. What she means is that our brain needs to be motivated to give our attention. A stimulated brain is a motivated brain and a motivated brain will be attentive.

Our brain is designed to be constantly on fast forward. Simon says that’s because in order for a brain to survive it has to predict what happens next. It’s evolutionary-based self-preservation. Although meditators and enlightened yogis might argue this, “There’s little evolutionary value in the present,” says Simon. “When was the last time you sat down and did absolutely nothing?”

So how do we stimulate people’s brains so that we can be more memorable to them? Here are some strategies:

If there’s anything else important left unsaid about being unforgettable, it might be a message from Simon Sinek, author of Start With Why.  Sinek says there’s an engaging element that’s essential when one wants to be remembered, a commonality among highly effective communicators and that commonality is inspiration.

Sinek believes inspired leaders and organizations “all think, act, and communicate from the inside out.” By this, Sinek means a communicator doesn’t draw people in; people draw communicators in. “We follow those who lead not because we have to but because we want to.” In his TedTalk about how leaders inspire action, Sinek said, “People don’t buy what you do; they buy why you do it.”

Perhaps inspiration is the synergistic effect of attention, memory, and all that we do and say to draw people to us … so that we can be utterly successful at being unforgettable.