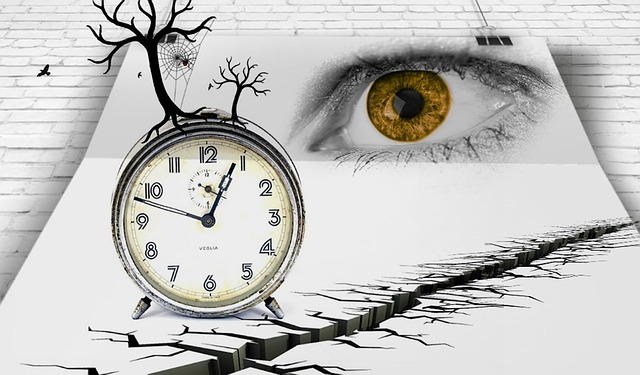 Do you procrastinate? Of course you do. Everyone does – at least a little bit. Are there certain tasks that you keep putting off or do you procrastinate across the board, leaving a good many of them to the last minute? Would you call yourself a chronic procrastinator or does it happen in spurts, at certain times, or is it task-specific?

What’s at the heart of your resistance to completing common tasks, work assignments, projects? Let’s open the hood and explore your tendency to postpone action, see what would get you to change that behavior and start achieving your goals more quickly.

Perfectionism is procrastination’s twin sister. You might be familiar with that sister. You’re waiting for that perfect moment to do it. You’re afraid you’ll fail at it. You’re talking yourself into thinking that now isn’t the best time. The planets don’t need to be perfectly aligned. Your daily horoscope doesn’t need to say you’re going to have a productive day. Ignore your astrology consultant’s warnings about your sign not being in the right house at the moment for making certain decisions. You’re rationalizing. Snap out of it.

Or maybe you’re overcomplicating things … making a task out to be insurmountable, too time-consuming, too many parts and pieces to deal with. Over-complication is a cousin to procrastination and perfectionism. The three of them like to sabotage your professional accomplishments.

You can help chase the feeling of over-complication away by breaking up certain projects into smaller pieces. You’ll be less overwhelmed. Set separate milestones. You’ll likely feel a sense of accomplishment and relief upon hitting each milestone.

Should you tackle the hard stuff first or work your way up to them? How do you usually approach your to-do list? Stay with that routine if it makes you more comfortable. Or, maybe “mixing it up” will give you the extra oomph? Experiment with the order to get your motor running.

Maybe you’re putting off something because it’s not part your routine, or it’s an unknown entity? Become familiar with why you procrastinate and what’s necessary to get things done. Are there tools or shortcuts that could make the job easier? Google apps and devices to research them.

You may be burned out from being overworked, stressed out. Delegate whenever possible, take mini breaks.

Get enough rest. Being exhausted from lack of sleep won’t put you in the driver’s seat. It can change your entire attitude as well as energy level.

Your health significantly affects your tendency to put things off. If you feel drained, are battling a cold or other infection, your back hurts, you need dental surgery, or you’re depressed … those are going to steal your thunder to accomplish stuff. You’ll push important tasks to the bottom of your list because you’re too pooped and feel like crap.

See your health practitioner. Get a massage. Have a chiropractic adjustment. Meet with a mental health counselor. Schedule a physical exam. Have diagnostic tests done, if called for. Eat healthier. Take recommended vitamins and supplements. Dig deep for the physical and mental sources of your energy drain.

Simple Solutions That Can Trick Your Brain

Some of the solutions to stop procrastinating that I’ve mentioned may seem obvious and you’re probably thinking, “Yeah, yeah, tell me something new.” My response to that is, “They may be simple, but they work.” And maybe you haven’t tried some of them because you think you have a deep-seated problem that only a highly skilled mental health therapist can help you solve over a long period of time. That may be, but most often curbing procrastination is a DIY project.

With that said, here are some of my favorite procrastination-busting brain-based strategies:

So how do you reduce procrastination? Get to know what’s behind your delays and apply some of these techniques until you find the ones that shake you out of inertia. And then just do it. (Nike got that right.) The siesta is over. Give yourself the green light. You know how satisfying the feeling of accomplishment is when you take prompt action. Repeat this daily. It will become habit-forming.